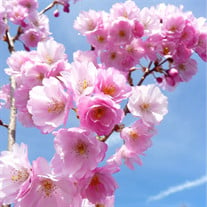 Carolyn Moss Rowland, 72, of Lynchburg died Wednesday, November 21, 2018 at Lynchburg General Hospital. She was born February 25, 1946 in Lynchburg, a daughter of the late Robert Melvin Moss, Sr. and Helen Feagans Moss and a former employee of the former Universal Electric Company. She is survived by a son, Christopher Rowland and his wife, Myrna Cruz-Rowland of Alameda, CA; two sisters, Cynthia M. Robertson and her husband, Bobby of Monroe and Elizabeth Moss of Hartfield; a nephew, Howard Mason III; and a step grandson, Shawn Gordon of Novato, CA. She was preceded in death by a brother, Robert Melvin Moss, Jr. A memorial service will be conducted at a later date, at Finch and Finch Chapel, Altavista with interment to follow in Green Hill Cemetery. In lieu of flowers, the family suggests that those wishing to make memorials consider the American Cancer Society or Susan G. Koman for the Cure, 5005 LBJ Freeway, STE 250, Dallas, TX 75244. Finch and Finch Funeral and Cremation Service, Altavista is in charge of arrangements.

The family of Carolyn Moss Rowland created this Life Tributes page to make it easy to share your memories.

Send flowers to the Rowland family.