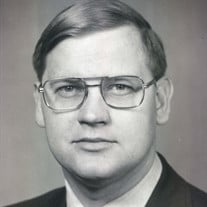 I often teased my husband, Daniel S. Tucker, that the S stood for stubborn. He would laughingly reply that he was just "determined." I'm Carolyn Puckett Tucker, his wife of 51 years, and looking back, I now agree. He was born June 9, 1947... View Obituary & Service Information

The family of Daniel Stephen Tucker created this Life Tributes page to make it easy to share your memories.

I often teased my husband, Daniel S. Tucker, that the S stood...

Send flowers to the Tucker family.