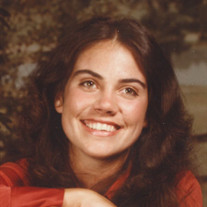 Debra Jean "Debbie" Williamson, 58, of Altavista died Monday, July 30, 2018 at Centra Lynchburg General Hospital. She was born December 7, 1959 in Washington, DC, a daughter of Myron Elridge Williamson and Grace Shields Williamson of Altavista. She attended Valley View Church of God and was a manager at the Bedford Domestic Violence Services. In addition to her parents, she is survived by a brother, Michael Williamson (Jane) of Hurt; an uncle, Jim Shields (Donna); an aunt, Gloria Epperson; a niece, Stephanie Snyder (Dave); two nephews, Eric Williamson (Christy) and Brian Williamson; three great nieces, Erica Williamson, Victoria and Julia Gregory; a great nephew, Tyler Williamson; and a beloved dog, Isa. A funeral service will be conducted at 3:00 p.m., Sunday, August 5, 2018 at Finch and Finch Chapel by the Rev. David Bayse and the Rev. David Willard with interment to follow in Mount Hermon United Methodist Church Cemetery. The family will receive friends prior to the service beginning at 1:00 p.m at the funeral home and other times at the residence of her parents at 307 Ogden Rd., Altavista. The family suggests that those wishing to make memorials consider the Bedford Domestic Violence Services, (In Memory of Debbie Williamson), PO Box 783, Bedford, VA 24523.

The family of Debra Jean "Debbie" Williamson created this Life Tributes page to make it easy to share your memories.

Send flowers to the Williamson family.