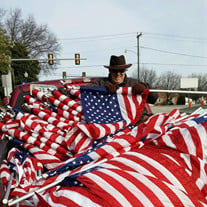 Born July 10, 1942, in Central Falls, RI, the first of three children born of Gertrude E. Rogers and J. Leonard Rogers. He is survived by his brother, William Charles Rogers, of North Kingstown, RI. His sister, Leona Anne Rogers, was deceased on October 9, 1960. He is the father of Jay L. Rogers, IV, of Laguna Miguel, CA, who is the father of Justin L. Rogers, Alexander Rogers, and Zachary Rogers; a second son, Jon M. Rogers, is a resident of West Haven, CT; and a third son, Timothy M. Rogers, of Danbury, CT, who is the father of Lucas Herman Rogers, a newborn; and his widow, Barbara J. Rogers, who remains a resident of Altavista, VA. A 1966 graduate of Providence College, Mr. Rogers was hired by the Boy Scouts of America and served the local councils of Taunton, MA, Wellesley, MA, Natick/Framingham, MA, and lastly Stamford, CT when he finally resigned. He became an independent agent of the New York Life Insurance Company, and within two years, he became a member of the Million Dollar Round Table. Several years later he earned the Degree of Chartered Life Underwriter. He moved to Altavista, VA in 2006 and became a member of St. Peter's Episcopal Church where he worked with a group to create a shelter for Battered Women, "Frannie's House." He is a current member of St. Victoria Catholic Church in Hurt, VA, and a Fourth Degree Member of the Knights of Columbus. He was a past member of the Rotary Club of Natick, MA, Stamford, CT, Milford, CT and Altavista, VA. Recently he became a member of EAA and volunteered at a National Center for Healthy Veterans. Len had a very special love for the Altavista community which he proudly called HOME. A memorial service will be conducted at 10:30 a.m., Monday, February 7, 2022 at St. Victoria Catholic Church by Father James Gallagher, Jr. with a private inurnment to follow for the family in Green Hill Cemetery. Finch & Finch Funeral and Cremation Service, Altavista is in charge of arrangements.

The family of James Leonard Rogers Jr. created this Life Tributes page to make it easy to share your memories.

Send flowers to the Rogers family.