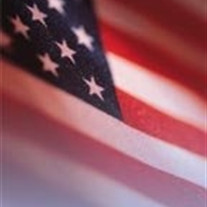 Lester Gene Woodie, 86, of Lynchburg went to meet his lord and savior Friday, March 23, 2018 at Lynchburg General Hospital. Leaving to cherish his memory is Mary his wife for sixty-two years. He was born September 20, 1931 in Valdese, NC, a son of the late Loggins Woodie and Lucy Mildred Woodie. From an early age Les loved bluegrass music, starting to play at the age of eight. That love and passion for music stayed with him his entire life. Even while he was in the Air Force serving in the Philippines in the 50's he had a band and played at the officer's club. Prior to that, one of the things he was most proud of was the opportunity to play with Ralph and Carter Stanley. He played the fiddle on their world recording of "Man of Constant Sorrow" in the mid 50's. He moved to Altavista, Virginia having been a native of North Carolina in 1962 with the radio station WKDE. He worked there as a station manager for forty-seven years. Les was a member of the Altavista Presbyterian Church where he served on the session and always ready to help when his music talent was needed. Over the years he was active in different clubs and community endeavors, particularly the radio station's "Christmas Basket" done annually to support the less fortunate in the community. One of the highlights of his musical career was in April of 2002 when he was inducted into the Bluegrass Hall of Fame in Owensboro, Kentucky and for several summers where he was master instructor of the traditional and Appalachian bluegrass at Augusta Heritage Center of the Davis and Elkin College in West Virginia. In addition to his wife, he is survived by two sons, Phillip Woodie and his wife Holly of New Canaan, CT and Gregory Woodie of Danville; one daughter, Patricia Woodie of Lynchburg; one sister, Karen Childers and her husband Bill of Valdese, NC; and three grandchildren Jenny Jones of Madison Heights, Tatum and Ashton Woodie of New Canaan, CT. He was preceded in death by a brother Lloyd Woodie. A funeral service will be conducted at 3:00 p.m., Thursday, March 29, 2018 at Altavista Presbyterian Church by the Rev. Eduardo Soto with interment to follow in Green Hill Cemetery with military honors by American Legion Altavista Memorial Post 36 and Gretna Post 232. The family will receive friends from 7:00 until 8:30 p.m., Wednesday at Finch and Finch Funeral and Cremation Service, Altavista. The family suggests that those wishing to make memorials consider Altavista Presbyterian Church, P.O. Box 126, Altavista, VA 24517, The Alzheimer's Association, Central and Western Virginia Chapter, 1160 Pepsi Place, Suite 306, Charlottesville, VA 22901 or Lynchburg Humane Society, 3305 Navel Reserve Road, Lynchburg, VA 24501.

Lester Gene Woodie, 86, of Lynchburg went to meet his lord and savior Friday, March 23, 2018 at Lynchburg General Hospital. Leaving to cherish his memory is Mary his wife for sixty-two years. He was born September 20, 1931 in Valdese, NC,... View Obituary & Service Information

The family of Lester Gene Woodie created this Life Tributes page to make it easy to share your memories.

Lester Gene Woodie, 86, of Lynchburg went to meet his lord and...

Send flowers to the Woodie family.