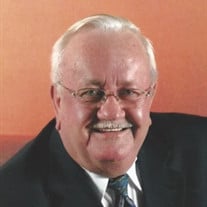 The Lord saw you getting tired and so He reached His loving arms down and took you to your heavenly home He had prepared for you. Martin Wayne Mayhew of 209 School Road, Hurt went home to be with his Lord and Savior on Monday, June 24, 2019, following a lengthy battle with cancer. He was born on February 26, 1939, in Gretna, the oldest child of the late Clarence Edward and Annie Gatewood Mayhew. Wayne leaves to cherish his memories, his wife of 48 years, Emily Atkinson Mayhew of the residence, sons Tony Wayne Mayhew and his wife Kathy and Bobby Gene Colbert all of Hurt. He was predeceased in death by his daughter, Judy Colbert Reynolds, son-in-law, Ted D. Reynolds and sister-in-law, Margot Mayhew. Also surviving are two granddaughters, Heather Reynolds McClintic (Paul) of Rocky Mount and Holly Nelson-Rodriguez (Edward) of Lynch Station, three great-granddaughters Elodie and Afton McClintic of Rocky Mount and Olivia Nelson-Rodriguez of Lynch Station. Additionally, he is survived by brothers Roger Mayhew of Gretna and Larry Mayhew (Carole) of Stanardsville, and a sister Faye Mayhew Craddock (Dennis) of Henderson, North Carolina and many nieces, nephews and cousins. He will be greatly missed by those whom he leaves behind but the precious memories of the years we had him here on earth will live in our hearts forever. Wayne was definitely a people person, noted for his infectious smile/laugh and always being full of life. He never let his declining health take away his joy for life and living it to the fullest. He was a veteran of the U.S. Army where he served in the 501st Medical Detachment in Fulda, Germany for two years. Employed by Peoples Mutual Telephone Company for 40 years, he was very proud to be a part of the "Fitzgerald Telephone Family," as they lovingly referred to their employees. Working with the public in the local area gave him the chance to interface with lots of folks in the community and he never met a stranger. In addition to his work at the phone company he also enjoyed farming and raising beef cattle for a number of years until his declining health. Wayne was also very active in the community. He was a member of New Prospect Baptist Church, where he attended regularly until his declining health and a member of the Hurt Volunteer Fire Department for many years serving in many positions including Chief. Additionally, he was a member of Polk #61 AM and FM Masonic Lodge where he served in many chairs, including Worshipful Master and attended regularly until his health prohibited. Wayne had a love for traveling, especially on his Harley-Davidson or cruising. He was an avid motorcyclist who has ridden in all 50 states. He rode his own Harley-Davidson in all of the lower 48 states and rented a Harley in Alaska and Hawaii so he could check them off his bucket list. His love for cruising ranked right up there with his love for biking! Over the years, he and Emily have been on 25+ cruises. Even after he had to give up riding his bike, he still enjoyed cruising with the aid of his mobility scooter, just recently having returned from a cruise to the Caribbean in May 2019. A celebration of Wayne's life will be conducted on Thursday, June 27, 2019, at 2:00 PM at New Prospect Baptist Church by the Reverends Brady Willis and Joshua Crews with interment to follow in the church cemetery with Military Honors by American Legion Altavista Memorial Post 36 and Gretna Post 232. The family will receive friends at Finch and Finch Funeral and Cremation Service, Altavista from 6:30 to 8:00 PM on Wednesday, June 26, 2019, and at other times at the residence. The family would like to extend a special thanks to the nurses and staff at the Alan B. Pierson Cancer Center and Centra Hospice for all the support and care over the past years. Deep appreciation and gratitude also goes to Dr. Kathleen Paul of Lynchburg Hematology and Oncology for her superior constant care and unwavering support during Wayne's illness. Heartfelt thanks and gratitude is also extended to all the family and friends who have supported us in so many ways as we traveled this journey. The family suggests that those wishing to make memorials please consider New Prospect Baptist Building Fund, 509 Prospect Road, Hurt, VA 24563 or the Hurt Volunteer Fire Department, 203 School Road, Hurt, VA 24563.

The Lord saw you getting tired and so He reached His loving arms down and took you to your heavenly home He had prepared for you. Martin Wayne Mayhew of 209 School Road, Hurt went home to be with his Lord and Savior on Monday, June 24, 2019,... View Obituary & Service Information

The family of Martin Wayne Mayhew created this Life Tributes page to make it easy to share your memories.

The Lord saw you getting tired and so He reached His loving arms...

Send flowers to the Mayhew family.