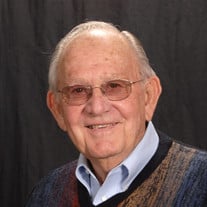 "A great man is always willing to be little." - Ralph Waldo Emerson Although he never sought recognition for his accomplishments nor his generosity, and he lived his life to serve others, Robert Lee Finch did want to be remembered as a man... View Obituary & Service Information

The family of Robert Lee Finch created this Life Tributes page to make it easy to share your memories.

Send flowers to the Finch family.