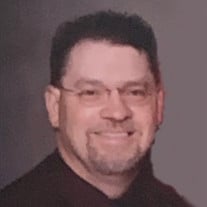 Ronald Lynn Layne, 61, of 7870 Leesville Road, Lynch Station died Wednesday, December 1, 2021 at his home. He was the loving husband of Sheryl Dowdy Layne for 39 years. He was born July 14, 1960 in Lynchburg, a son of Frances Hackworth Layne of Lynch Station and the late Calvin Clarence Layne. Ronald last attended Blue Ridge Community Church where he served on the parking team. He was a former employee of BGF, a retired employee of Abbott Laboratories and most recently employed with Campbell County Public Schools as a bus driver. Ronald was a volunteer with the Altavista Life Saving Crew for 20 years and member of Campbell Lodge 316 A.F. and A.M. He was a dedicated Boy Scout Leader of Troop 278, earned his Wood Badge and served on the Eagle Scout Review Board. Ronald enjoyed hunting, fishing, and Virginia Tech football. In addition to his wife, he is survived by a daughter, Maegan Layne Mitchell and her husband, Brandon of Wirtz; a twin brother, Donald Layne and his wife, Vickie of Lynch Station; a sister, Debbie Thurman and her husband, Donald of Lynch Station; one granddaughter, Madilynne "Madi" Mitchell; and a brother-in-law, Donald Dowdy and his wife, Melinda of Lynch Station. He was preceded in death by a son, Matthew Calvin Layne; and a very special friend, Kevin Shelton. A funeral service will be conducted at 11:00 a.m., Monday, December 6, 2021 at Mount Hermon United Methodist Church by Pastor David Lord and assisted by Pastor Jeongseung Lee with interment to follow in the church cemetery with Masonic rites by Campbell Lodge 316 A.F. and A.M. Mr. Layne will be available for viewing from 5:00 until 8:00 p.m., Sunday at Finch and Finch Funeral and Cremation Service, Altavista. The family requests that attendees for the viewing and funeral service wear a face mask.

Ronald Lynn Layne, 61, of 7870 Leesville Road, Lynch Station died Wednesday, December 1, 2021 at his home. He was the loving husband of Sheryl Dowdy Layne for 39 years. He was born July 14, 1960 in Lynchburg, a son of Frances Hackworth Layne... View Obituary & Service Information

The family of Ronald Lynn Layne created this Life Tributes page to make it easy to share your memories.

Send flowers to the Layne family.